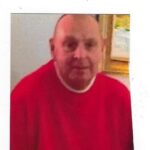 Hayes, VA – William “Bill” David Smith, 73, passed away Wednesday, September 14, 2022.
Bill retired from Eastern State Hospital and was a lifelong peninsula resident, and was a member of Bethlehem United Methodist Church in Bena, VA
Bill was preceded in death by his parents; Curtis and Mary Smith, brothers; Tommy and Michael Smith, and brother in law; Everett Howell. He is survived by his brother; Curtis Allen Smith, sister; Judy Smith Howell and many nieces and nephews.
A memorial service will be held on Saturday, October 8, 2022 at 1:00pm in Bethlehem United Methodist Church, Bena. In lieu of flowers, contributions may be made to the church.