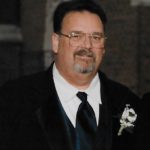 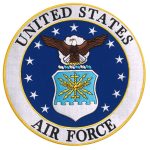 William “Bill” Francis, 71, of Newport News peacefully entered into eternal rest on Wednesday, November 27, 2019, after a long battle with cancer and dementia. He was born and raised in Sharon Hill, PA, just outside of Philadelphia. He joined the US Air Force in 1969 during the Vietnam War and served in the Philippines as a flight mechanic until 1972, when he was relocated to McGuire AFB in New Jersey and took on duties as Admin to the General. Bill continued this position for the remainder of his career. He and Anne met, and married, in 1973 and they were later stationed in Germany, where they welcomed their son, David. After leaving Germany in 1979, he was stationed at Langley AFB in Hampton, VA, where they welcomed their daughter, Suzanne. In 1987 Bill retired from the Air Force after 20 years proudly served!
Bill is preceded in death by his parents, Richard and Anne Francis, as well as his younger brother Michael. Bill is survived by his wife of 46 years, Anneliese (Anne) his children, David (BethAnne) and Suzanne (Franco), five grandchildren Dunlen, Michael, Noah, Jack, and Audrey, his brother Butch Francis (Peg) and his sister-in-law Rosie Hrehowesik. He was fortunate to also have several surviving nieces and nephews, Stacie Faber (Jason), Janet Hrehowesik, Rich Francis (Monica), Julie Kurz (Blaze), Brian Francis (Scott), and his sister in law Alice Sloan.
Funeral Services will be held at 11:00 am on Monday, December 9, at Immaculate Conception Catholic Church, 2150 Cunningham Dr. Hampton, VA 23666 with a reception afterward. Amory Funeral Services will hold the burial of ashes ceremony at Albert G.Horton, Jr. Memorial Veterans Cemetery at 3:00 pm, 5310 Milners Rd, Suffolk, VA 23434.
In lieu of flowers, the family is requesting donations to the following charities: Immaculate Conception Catholic Church Sunday Supper Program. Donations can be made in person, c/o Bill Francis. Sunday Suppers provides meals to those who face financial hardships and homelessness. Camp Kesem donations can be accepted using the following link. Camp Kesem is a program that funds and supports children’s camps who have a parent with cancer, http://donate.kesem.org/williamfrancis