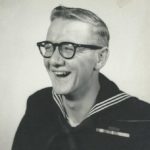 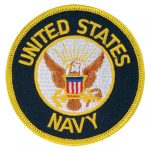 Wendell Gale Ayers passed away June 24, 2019. He was born in Roanoke, Virginia November 8, 1932. He was predeceased by his parents, William and Gertrude Ayers, his brother Bill Ayers, his sisters Mary Alice Zamorski, Joyce Wheeling, and Judith Overstreet, and his wife of 58 years, Mary Louella “Lou” Crockett Ayers. He is survived by his brothers Wayne Ayers and Jim Ayers (Sally), and his sister Jane Jensen (Pete), his daughters Anne Busé (Pete) and Leigh Greene (Randy), and his son Michael (Kristy). In addition, he is survived by his grandchildren Lillian Schmidt (Douglas), Steven Busé, Daniel Busé, Joseph Ayers and Nicholas Ayers, and his great grandchildren Paul, Benjamin, and Anne Schmidt. He also leaves behind many beloved nieces and nephews.
Wendell graduated from Andrew Lewis High School in Salem, Virginia, and earned a BS in Physics from the Norfolk College of William and Mary (now Old Dominion University), and a MS in Optics from the University of Rochester. He was a photographer in the U.S. Navy during the Korean War, and in 1958 began his career at NASA in Hampton, Virginia as a Scientific Photographer. Over the next 30 years he worked in a variety of positions, including as a Research Engineer in the Meteor Physics Research Group, the Advanced Aerospace Projects Office, and the Environmental Quality Program Office. He retired in 1988 after serving as head of the Environmental Field Measurements Branch.
Wendell and Lou were very active members of the Unitarian Universalist Fellowship of the Peninsula for many years, and the “fellowship” was the part they most treasured. They loved to garden, and fish, crab and clam in the York River. Their vacations usually consisted of hiking and camping in beautiful locations where Wendell could put his skill as a nature photographer to excellent use. He was a scientist and an artist, a musician and a craftsman, and he loved to argue politics and sing silly (and sometimes bawdy) songs. Most of all, Wendell loved his family, and keeping everyone close and connected was always his priority.
Although Parkinson’s Disease made some things difficult, we would like to give special thanks to the wonderful staff at Warwick Forest and Riverside Home Care for helping him to live these last few years to their fullest. A memorial “get-together” to celebrated Wendell’s life will be held on Sunday June 30, at 1:00pm in the Carriage House at the Watermen’s Museum, 309 Water Street, Yorktown. Arrangements by Amory Funeral Home, Grafton, Va.