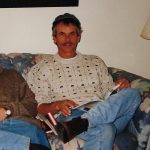 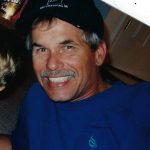 Thomas (Tommy) Michael McDonald, 62, of Williamsburg passed away on Saturday October, 27, 2018. He is preceded in death by his parents MSGT. Paul A. and Ernestine M. McDonald of Newport News, VA.
Tommy grew up in Denbigh and attended Menchville High School. Shortly after his son was born he moved his family to Williamsburg where he was employed by Dow Badische for over 20 years in their textile division. He worked as a mechanic implementing many ideas and devises, receiving many awards for his workmanship. After Badische he was employed by Ball Corporation in Williamsburg as a production maintainer for 24 years until his recent retirement.
Tommy’s humor and wit will be sorely missed by all who knew him. He was an avid fisherman, accumulating over 100 fish citation. He was awarded Expert Angler for many years fishing the bay and numerous lakes in the area. He passed his angler skills and knowledge to 3 generations of his family. He also loved the outdoors playing guitar, mountain biking, drawing and painting. He could fix just about anything, especially if he had a roll of duct tape and tie wraps handy. Spending time with family was very important to him.
He is survived by his wife Nancy R. McDonald, son Michael (Amanda), 3 grandchildren Breanne, Vincent and Makenzie, his brother Paul McDonald (Alice) and nephew Kyle. Also his sister in law Barbara Ashe (Bob) of Seaford.
Tommy also loved animals and will be greatly missed by his furbabies Harley Braveheart, Duncan, Ben, Sugar, and parrot Joshua.
A celebration of life will be held at 3:00 PM on Thursday November 1, 2018 in Amory Funeral Home Chapel. The family will receive friends following the service.
In lieu of flowers donations may be made to Bacon Street Youth and Family Services, 247 McLaws Circle, Williamsburg, VA 23815