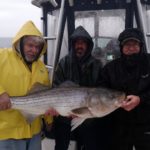 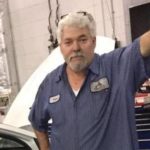 Hayes, Va. – Steven Charles Delozier, 60 passed away suddenly on Friday Morning May 3, 2019.
Steven was a native of Cape Code, MA and peninsula resident since 1973. He graduated from Ferguson High School class of 1977 and worked at Williamsburg Motors as a Senior Master Auto Technician for the last 16 years. He enjoyed spending time with family and friends especially the Thursday Night horse shoe games.
He was preceded in death by his father Winston Delozier and his brother Jeffrey Delozier and is survived by his wife of 27 years Barbara Delozier , his mother Carolyn F. Delozier and step daughters, Missy Jordan and her husband (Will) of Newport News and Christina Sams of Denton, NC. He is also survived by a sister, Sandra Elledge and her son Brenon and 2 step grandchildren, Noah Jordan and Mary Elizabeth Williams.
The family will receive friends on Monday, May 6, 2019 from 6:00 to 8:00 PM in Amory Funeral Home, Grafton. Burial will be private. Memorials maybe made to the charity of your choice.