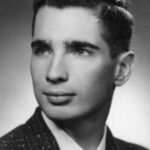 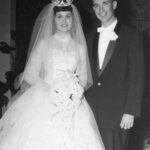 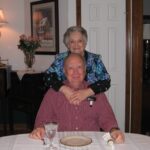 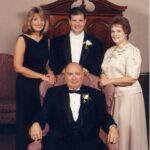 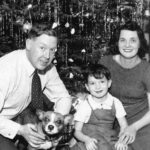 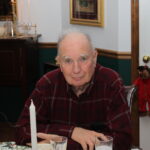 Robert (Bob) Arthur Bunde
Robert Arthur Bunde passed away peacefully on October 25, 2022 at Northampton Convalescent and Rehabilitation Center in Hampton, Virginia.
He was born on August 9, 1935, in Brooklyn, Kings County, New York to Arthur and Edna Bunde. He was brought up by Arthur and Edna until he was 12 years old. At this time, his parents divorced. He was then raised by Arthur’s mother, Marie A. Bunde. Robert married the love of his life, Janet Bunde in 1958 and they were nearly inseparable for 62 years. After marriage, Janet and Bob bought a house in Levittown, New York to start their new life together. After having their children, Debra and Todd, they moved to Smithtown, New York where they raised their children until retirement. Robert started as a paperboy for the Nassau Daily Review Star, Long Island Press (Newsday) when he was 12-16. After that, he worked at Price’s Hardware as a salesman, Mineola NY, from 16-21. It was at this time when he met Janet. He was also a salesman for American Peoples Encyclopedia (a division of Sears and Roebuck) and Fuller Brush (1957-1958). He graduated from Hofstra College (now Hofstra University) in February 1957 with a Bachelor of Business Administration. He served with the National Guard in 1958 and in the Reserves from 1958-1960. Along with the Nation Guard Service, he worked as an Inspector for Cable Design (1958-1959) and Allstate Insurance Agent (1959-1964). He then branched out to become an Independent Insurance Agent in the evenings and worked for the Reuben H. Donnelley Corporation selling Yellow Pages (in the telephone book) (1964-1974). He then moved to being a salesman for Yellow Book (1974-1975). He and Janet wanted to move to Florida in 1975 and he went down to scout out a job at The Shoppers Guide in Palm Beach Gardens, Fla but the economy was not good at the time and he returned to NY to look for a better job. It was then when he met a few people that worked at the Pennysaver, a newspaper that sold advertising to the local community. In 1975 he started at the Hicksville, NY paper and then moved to the Bay Shore, NY Pennysaver in late 1975. He stayed in that job until his retirement in 2000. This by far was his favorite job.
After retirement, Janet and Bob moved to Yorktown, Virginia to be near their son Todd and daughter-in-law, Mary Catherine. They built the house of their dreams and enjoyed the retired life for 18 years before health issues started. They traveled, loved the local sights and enjoyed celebrating the holidays. Bob loved to take care of the house, his vehicles and his lawn and garden. He was always very handy. When he owned the house in Levittown, he added an entire second story onto it by himself with help from his father. Once they moved to Smithtown, he and his son Todd, added an extension, large deck and spa to the existing house. He built cabinets, and loved woodwork. If he thought he could do it, he just went ahead and tried it. Up until the very end he talked about all of the jobs he wanted to finish. He was working in his mind until the very end. The last day he was in the hospital before moving back to hospice, he asked Todd if he could take him to vote early in the election since he saw it on the TV news. His body wasn’t able, but his mind never stopped.
He can now be at peace with his wife in heaven. Robert was preceded in death by his wife, Janet Bunde, parents Arthur and Edna Bunde, Grandmother Marie Bunde, Step-Mother Ruth Bunde and half-brother Neal Bunde. He is survived by his daughter Debra Bunde Reams, son-in-law Matthew Reams, son Todd Alan Bunde, daughter-in-law Mary Catherine Bunde, and half sister Helen Greg. He is also survived by his grandchildren Freddie, Abbie and Henry Reams. No memorial service will be held at the request of Robert. After cremation, his ashes will be interned at Williamsburg Memorial Park, 130 King William Drive, Williamsburg, VA 23188. He will share a beautiful memorial grave site with Janet. In lieu of flowers donations can be made to The Peninsula Society for the Prevention of Cruelty to Animals (SPCA) c/o Peninsula SPCA, 523 J. Clyde Morris Boulevard, Newport News, VA 23601, Phone: (757) 933-8900, or online at www. peninsulaspca.org. Arrangements are being handled by Amory Funeral Home, 410 Grafton Drive, Yorktown, VA 23692 and online condolences may be shared at www.amoryfuneralhome.com. The family contact information is provided below.
Todd and Mary Catherine Bunde
864 Ventnor Drive
Newport News, VA 23608
Home: 757-886-9004
Todd’s Cell: 757-373-6685 (preferred number)
Mary’s Cell: 757-532-5381 (preferred number)
Todd’s Email: tabunde@nullix.netcom.com
Mary’s Email: mcbunde@nullix.netcom.com
Debra (Debbie) Bunde Reams
1153 West Paces Ferry Road NW
Atlanta, GA 30327
Home: 404-869-9557
Debbie’s Cell: 678-429-4965 (preferred number)
Debbie’s Email: Debbiereams3@nullgmail.com