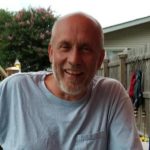 Newport News, Va.- Robert “Bo” Scot Russell, 57, passed away on Tuesday, February 26, 2019. Bo was a native of Pittsburgh, Pennsylvania and Newport News, resident since 1984. He was employed at Newport News Shipbuilding as a supervisor with 34 years of service. He was an avid Pittsburgh Steelers and Penn State fan. He enjoyed hunting with his family, golf outings and spending time in the Outer Banks. He was a charter member of TJ’s Corvette Club and enjoyed spending time with his friends at TJ’s Sports Tavern.
He was preceded in death by his parents Geneieve and Carl Russell, Sr. and nephew Clarke Russell and is survived by his wife Joan (Grim) of 27 years his son Zach and brothers Carl “Caz” Russell (Anita) John “JJ” Russell and a sister, Kathleen Russell (Mark) and his girl “Bella”.
Memorial service will be held at 11:00 AM on Saturday, March 2, 2019 in Amory Funeral Home Chapel with Monsignor Jack Campbell, officiating. The family will receive friends following the service from 1:00 to 6:00 at TJ’s Sports Tavern, 7015 Huntington Ave., Newport News, VA 23607.
In lieu of flowers memorial will be made to the American Cancer Society.