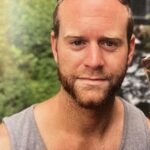 Henrico, VA – Phillip (Luh Luh) Shepperd was born on October, 6th 1991 in Dayton Ohio, wonderful son to Mike and Sara (Cameron) Shepperd. He was such a gifted musician, writer, and public speaker. Right from the start, he was full of questions. He had a thirst for knowledge and understanding. He loved people and helping them, and wanted more than anything to make a difference in this life. He loved spending time with his family, laughing, and making jokes. He adored his wife and daughter (Deanna Pittman and Raine Pittman-Shepperd).
He had a Doctorate of Pharmacy from Virginia Commonwealth University, and later worked there as a pharmacist. He was an extremely sensitive soul at the core and he was almost always the biggest personality in the room. His life was definitely louder than his death.
He is the brother of Heather (Shepperd) and Ray Webster. Nephew of Barb Shepperd, Jeff Shaw, Lynna (Cameron) Carr, Mike Carr, and Mike Cameron. Grandson of Dale & Ruth Ann Shepperd and Frank & Fran Cameron. Cousin of Nicholas and Nolan Carr. Uncle of Cameron & Yvie Webster, Layla Mueller, Liam Pittman, Edith Davenport, and Dexton Freeman.
Phillip would have wanted you all to take care of one another and pay attention to those who are struggling.
A memorial service will be held on Sunday, May 1,2022 at 2:00pm in the chapel of Amory Funeral Home, Grafton, VA