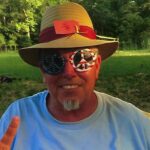 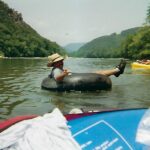 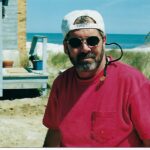 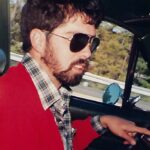 Yorktown, Va. – Philip Evans Carter Jr, 66, passed away on March 8th, 2021 at his family’s home, surrounded by his sons and his beloved sister-in-law, Sue.
“Phil” was predeceased by his parents, Philip Evans Carter Sr and Helen Jones Carter. He is survived by sons, Evan Carter and Ryan Carter, his former wife, Linda Gandee, and current partner, Crystal Clarke. Siblings, Mary Griffith, Susan Carter, Christy Haddock, Jeff Carter (Cindy), and Carolyn Carter Morgan, many nieces and nephews, former in-laws, cousins, and countless dear friends.
Phil had a love of life and understood what was important – the simplicity of life and making every minute count. He would say, “I’ve lived a good life” and nothing was truer.
Phil lived much of his life in York County, Virginia. He attended Grafton Bethel Elementary School, where he developed many lifelong friendships. There, on the playground, he met his lifelong friend, Stephen Hogge. He was also a boy scout earning many merit badges. He was a 1972 graduate of York High School, during which time he also volunteered with York County Fire Dept, often staying at the station overnight to be available for overnight emergencies. When the family moved to Gloucester, Phil, helped with the family businesses, and worked for his good friend, Jimmy Barbour, building houses. Phil married Linda in 1984, and soon started a family. Phil worked many years at Dominion Terminal Associates (the Coal Terminal), running a D-9 Bulldozer, and other monstrous machines that tower over the Newport News Downtown Waterfront. Philip loved to drive anything, a dump truck, limousine, delivery trucks, or an occasional Big Rig, and often made a living with this skill. That passion for driving eventually led to him trucking crabs for Renny Bonneville. When asked what he was doing, he replied, “I haulin crabs, Bubba”. He loved to travel and made friends wherever he went. He has special friends all over Virginia, Pennsylvania, Florida, and all along the coast. Always a free spirt, he was best known for that SMILE, but also his quick wit, and all those political views! You would always find him wearing flip flops, jeans, a straw hat and those SUSPENDERS, with a beer or a joint in hand! He died, just like he lived, writing his own rules!
A private Celebration of Life will be held at his favorite place, “The Farm”. Arrangements by Amory Funeral Home, Yorktown
Keep on Trucking PC. Peace Always. We love you
Memorials may be made to the St Jude Children’s Research Hospital, 501 St Jude Place, Memphis, TN 38105-9959