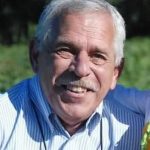 Yorktown, Va. – Michael Louis Steinmiller, 70, passed away on Tuesday, February 26, 2019. Michael was a native of Chicago, Illinois and a peninsula resident since 1985. He retired from Casey Auto Group in 2015 after 20 years of service. Michael enjoyed history and carving walking sticks and always had a camera for taking photos of all most everything he saw. He was preceded in death by his parents Louis Steinmiller and Martha Steinmiller and a grandchild, Breelynn Tanner and is survived by his daughter Lindsay Tanner and her husband Joshua and two grandchildren, Aubrie and Atlee Tanner. He is also survived by his brother Robert (Bob) Steinmiller and his wife Georgine and his nephews Eric and Brian. Service will be private. Arrangements by Amory Funeral Home, Grafton, VA.