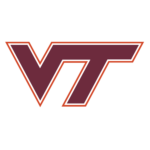 Virginia Beach, Va. – Mark Taylor Keffer of Yorktown died on Sunday April 19th at the age of 60.
Mark was preceded in death by his mother, Barbara Keffer and is survived by his father, Clarence “Pete” Keffer, his sisters Kasey Keffer and Kelly Westmoreland and husband Larry Westmoreland, and two nephews, Tyler Castaneda and Daniel Westmoreland.
Mark graduated from VA Tech and pursued a career in Finance. He also followed his passion as an artist.
There will be no funeral services. Mark chose not to be remembered in death but in life through his relationships with the people he left behind who greatly love him. He was a wonderful son, a loving brother, and an incredible uncle. A beautiful person who possessed an enormous amount of intelligence, a generous heart and soul, humor, amazing artistic creativity, and love. He will be greatly missed. Arrangements by Amory Funeral Home, Yorktown, Va.