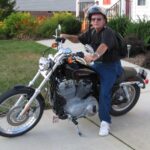 John “Johnny” T. Deal, Jr., age 76, formerly of Gloucester, VA, passed away on Monday, June 28, 2021. He was born in Newport News, VA, to his parents John T. Deal, Sr., and Virginia Deal. He attended Gloucester High School and graduated in 1964 from Newport News High School. He went on to attend Virginia Tech, where he earned a bachelor’s degree in Business Administration. After college, Johnny helped with his family’s businesses, including working for Mutual Underwriters Insurance and operating Gallopond Campground in Gloucester, VA. As a teenager, he obtained the rank of Eagle Scout and continued his love and passion for both nature and the outdoors by traveling and camping throughout the United States.
Johnny is preceded in death by his parents John T. Deal, Sr. and Virginia Deal. He is survived by his sister, Emily Fletcher (Nelson); his loving children, John “Jay” T. Deal III (Lolia), Michael Deal (Melinda), LeAnne Deal Boyer (Jeff), and Stephen Deal (Katie); his eight grandchildren (Heather [Mark], Paige, Brendan, Addison, Aubrey, Ava, Reid, and Brooks); and one great granddaughter, Adeline.
All services will be private. In lieu of flowers or memorial donations, the family has requested planting a tree or flower in his memory to honor his love of nature.
Arrangements by Amory Funeral Home