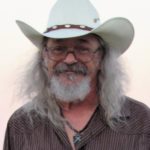 Jerry (Smiley) Bell, 68, of Yorktown left his earthly bonds on March 22, 2019. He leaves behind his wife of 28 years, Debi (Hudgins) Bell, three daughters, Chandra Lawhorne of Monroe VA, Racheal Bell of Black Mountain NC, Jamie Clements (Corey) of Yorktown, two sons, Sven (Crystal) Bell of Forest City NC, Joshua Bell of Matthews VA and three stepsons, Lorne Archer (Sue) of Williamsburg, Ryan Archer (Laura) of Williamsburg and Cory Archer of Newport News. He also leaves his mother, Earline Barry and his sister Jackie Russell (John), all of Yorktown. He was preceded in death by his father, Jack Bell. Jerry was blessed with 22 grandchildren and 2 great grandchildren. In lieu of flowers the family requests donations be made to The Elephant Sanctuary of Tennessee. Donations may be made at their website or by mail to The Elephant Sanctuary, P.O. Box 393, Hohenwald, TN 38462. A celebration of life for family and friends will be held at Saint Mary’s Falls when weather permits.
“I may not change the world but I’m gonna leave a scar…”
Jerry has left a scar on the hearts of all who were fortunate to know and love him. Arrangements are by Amory Funeral Home, Grafton, Va.