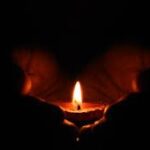 Irene Taylor Robertson, a resident of York County, Virginia, passed away on Wednesday, November 9, 2022.
She was 96 years old. Irene, who lived in York County for over eighty years, was born in Richmond, Virginia to parents Eddie and Jennie Taylor on Wednesday, May 26, 1926. After losing both parents at a very young age, Irene and her late sister, Doris, were raised by their maternal grandparents, Alfred and Chessie Fowler, who Irene lovingly called Papa Fowler and Mama Chess.
In 1937, the family moved to Yorktown, Virginia where Irene attended grammar school and later graduated in 1943 from the only local high school at that time, Poquoson High School. After graduation, she attended Mary Washington College. Irene worked in Yorktown at the O’Hara’s Ice House and First National Bank. At the end of the WWII, she was sent to the Naval Warfare School in Yorktown to run the post office. After several years, she was sent to work at the post office at the Naval Mine Depot (currently known as Naval Weapons Station) in Yorktown. It was here that she met her husband, Frank Robertson. At the time, Frank was stationed as a marine at the Naval Mine Depot. Frank and Irene married on December 3, 1949 and had three sons.
Irene was a founding member of Yorktown Baptist Church and was recognized at the church’s 75th anniversary in October, 2019. For several years, Irene served as a faithful member at Grace Baptist Church in Williamsburg.
In 2001, at the age of 75, Irene joined the Quarter Path Park Walking club. By the age of 90, she earned an award for walking 7000 miles.
Irene was preceded in death by her husband of 48 years, Frank Robertson, her sister Doris Burgess, and a daughter-in-law, Linda Robertson. She is survived by her three sons, Stephen “Steve” (Millie), Henry II “Hank”, and Edward “Eddie” (Avis), seven grandchildren and nine great grandchildren.
A graveside service will be held on Monday, November 14, at 11am at Williamsburg Memorial Park. In lieu of flowers, donations can be made to the Hospice House and Support Care of Williamsburg on Powhatan Parkway.