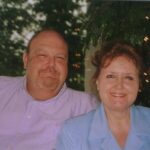 Yorktown, Va. – Haywood (RANDY) Randall Baker, 71, passed away on Wednesday, June 1, 2022. Randy was a native of Wilson, North Carolina and a peninsula resident since 1953. Randy graduated from Newport News High School in 1968 and the College of William and Mary in 1972.
He retired from Siemens Automotive in 2007 after many years of service. He was a member of St Joan of Arc Catholic Church.
He was preceded in death by his parents Jesse and Gladys Baker and is survived by his wife of 34 years Debbie Baker, his son Scott Randall Baker and his wife Virginia, his brother Marty Baker and his wife Martie of Winterville, North Carolina. He is also survived by his 5 grandchildren, 7 great grandchildren, nieces, nephew, and many cousins.
A prayer service will take place on Monday at 6:30 PM in Amory Funeral Home Chapel and the family will receive friends following the service. A Mass of the Resurrection will be held on Tuesday, June 7, 2022 at 11:00 am at St. Joan of Arc Catholic Church. Memorials may be made to St Joan of Arc Catholic Church Building Fund, 315 Harris Grove Lane, Yorktown, Va. 23692