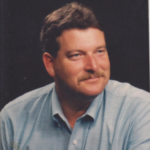 Garland Jacques Ingram, 65, of Newport News earned his wings Saturday January 18, 2020.
He is preceded in death by his father, William G. Ingram. He is survived by his beloved wife of 29 years, Vicki and his son Aaron his wife, Denise, his son Wesley, his daughter Brandy McCreery, his daughter Andrea Kerner her husband Jeremy as well as eight grandchildren; Austin, Chase, Logan, Gabbie, Jeremiah, Isabella, Joel and Brian; whom he loved with all his heart and they loved him just as much.
He is also survived by his mother, Jacqueline C. Ingram; his brother Brian, his wife Barbara and their children Matt and Chris.
Garland grew up in Yorktown Va, he was a graduate of York High School Class of 1972, home of the Mighty Falcons. He had many fond memories of growing up in Yorktown with his older brother, whom he always looked up to, as well as many lifelong friends. Garland had a natural ability to connect with others. If he saw a need he would not hesitate to stop and lend a helping hand.
While Garland accomplished much in life, he was most proud of his family. His children will tell you that he encouraged them, and his grandchildren, that they could accomplish anything they want in life, by going for what you want and giving it your Best Shot! Each of them knew he would be in their corner regardless.
A Celebration of Life will be on Saturday, January 25, 2020 at Amory Funeral Home, Grafton at 10:00 A.M.
In lieu of flowers memorials may be made to the Yorktown Masonic Lodge # 205, 221 Ballard St. Yorktown VA 23690