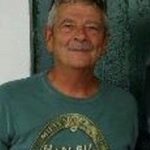 Poquoson, Va. – Frank E. Simmons passed away on November 08, 2019 at Riverside Hospital in Newport News, VA. Born on November 13, 1946, Mr. Simmons is preceded in death by his father Frank W. Simmons, mother Regina C. Simmons (Venchiarutti) and older sister Mary Lou (Handley). He is survived by Bonita (Bradley), his wife of 48 years, younger sister Elaine (Beale), his two children Bradford and Clayton Simmons. Also surviving Mr. Simmons are his two grandchildren Wilson H. and Louis F. Simmons from Bradford and daughter-in-law JoAnna (Wilson) who remember Frank as a loving and doting grandfather. Numerous nieces, nephews and cousins have the pleasure of calling Frank family. He considered his dogs Zoe and Phoebe as family members. Throughout his life Frank remained a devoted and loved father, husband and brother. He was a 1964 graduate of Chagrin Falls High School. In 1970 he graduated from The University of Cincinnati with a Bachelor of Science in Pharmacology. He practiced clinical and retail pharmacy for 49 years before retiring in 2019. Frank and his family relocated to York County, VA in 1988. The change in geography came with a milder climate more suitable to his life-long love of motorcycling. His two wheeled pursuits took him across the United States and Canada to as far as Alaska. Frank was often accompanied by either of his sons or his longest-standing and dearest friend, Bill Street. In addition, Frank also enjoyed travelling the country with Bonita (Bonnie), visiting with his grandchildren and sitting on his deck viewing his impeccable lawn. One could often find him floating in his pool during the summer season or soaking in his hot tub in the chillier months. A constant tinkerer and problem solver, Frank was in his element completing home improvement projects, involved in mechanical endeavors with his various vehicles or assisting his sons on construction projects. Frank maintained many life-long friendships leading all the way back to grade school. Despite moving from his hometown, he did not let the strength of these early bonds weaken. Furthermore, Frank was adept at meeting and cultivating new friendships in any setting. He was quick with a humorous anecdote, helping hand or lending time for quiet contemplation. Frank’s affable smile, friendly manner and loving nature will be greatly missed by his family, friends and those who have had the pleasure to meet him. In lieu of flowers, donations to the Peninsula SPCA (757-595-1399) in Newport News, VA or Poquoson Animal Welfare -Sanctuary (757-868-1379) are appreciated.