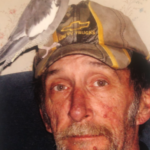 Yorktown – Dwight Douglas Miles, 67, of Yorktown, passed away unexpectedly, on Tuesday, May 21, 2019.
November 29, 1951, to William Douglas Miles and Betsy Davidson.
He went by the name of Doug or Stickman among family and friends. He was a Retired Federal Employee from the Directorate of Public Works as a Field Operator out of Ft. Eustis, Virginia for over 30 years. After retiring he started up his own government contracting business, Stickman Utilities; employed his 2 sons and ran the company as a family business.
Doug was a master hunter and fisherman since a very young boy and lived and breathed these hobbies. He was known to be referred to as “The Master Deer Hunter” and “The Cobia Killer”. He was a great outdoors man and loved being outside whether it be working or enjoying his hobbies with his close friends and family.
He had a huge soft spot and dearly loved his pet birds; an African Grey named Smokey, a Quaker Parrot named Squeaky, 2 Parralet’s named Kiwi and Dino, 4 Cockatiels named Misty, Kipi, Tipsy and Rocky and 2 baby cockatiels named Dixie and Sassy. He highly enjoyed feeding and watching the wildlife including wild birds, raccoons, foxes, stray cats and anything that would come strolling in his backyard.
He was preceded in death by his father William Douglas Miles and mother Betsy Davidson; eldest daughter Karen Armstrong and eldest son Douglas “Ross” Miles. He is survived by his youngest son Robert Theodore Miles; youngest daughter Emilie Miles; daughter-in-law Lindsey Rebecca Miles; 2 stepbrothers Jim Davidson and Buzz Davidson; 2 half brothers Bill Miles and Johnny Miles; Cousin Deborah Stainback and Cousin Holly Bryant; as well as a host of extended family and friends.
In lieu of flowers, please make a donation to The National Audubon Society.