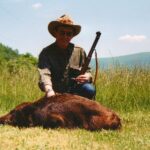 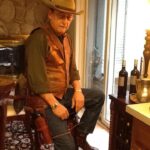 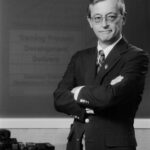 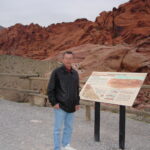 Dr. William Arthur Stembler (Wild Bill, Dr. Bill and Paca) born in Long Island, New York on September 20, 1946 passed away unexpectedly on Tuesday, October 18, 2022.
He leaves behind his beloved wife of 38 years, Deborah Stembler. He is lovingly remembered by his four children, Joanna, Tiffany, Aaron and Brock, as well as his nine grandchildren,(Sierra), (Cain and Ayden), (Danielle, Codee, Hunter and Hayden), (Lindsey and Hannah), and many other family and friends.
Though he held many roles, first and foremost, he was an educator. He took every opportunity to share knowledge with others. Every moment was a teaching moment. He began his career at Syracuse University where he also earned his Ph.D.
Bill was a visionary in education and instructional training. He pioneered the methods and technology we use today in training and education. Some of the accomplishments he was most proud of in this work life were creating one of the first instruction video labs at Syracuse University that is still in use today; two simulation games on life in Northern Afghanistan; producing writing and directing more than 30 film and videotape programs; writing nine screenplays, a teleplay and proposal for a television series; developing a multimedia war gaming simulation; innovating the 1st videodisc based interactive electronic technical manual; the Patriot Missile System and Marine Corp Tank Interactive Simulation trainer, as well as some of the first web-based learning courseware to support our armed forces. Bill was one of the top voices in his field and well respected by those that worked with him and for him.
Bill was an avid outdoorsman that loved camping, fishing, boating, and hunting. All of these gave him the opportunity to share the knowledge he had gathered through a lifetime of adventure. A simple car ride was a trip through history. Though he may have never been to a location before, as he traveled he would share with those with him why a place was important in history and bring it to life in a way that made you feel as though you were there. Above all, he loved spending time with his family, especially his grandchildren.
A celebration of life will be held on Saturday, October 22nd at 3pm at the Stembler home. 815 Old Wormley Creek Rd. Yorktown, VA. 23692 Family will be receiving guests from 3pm – 6pm.
Fond memories and expressions of condolences can be shared EMAILED to amoryfh@nullverizon.net for the Stembler family. Donations can be made in his name to 4 Paws Animal Rescue at www.4pawz.org. Arrangements by Amory Funeral Home, Grafton, Va