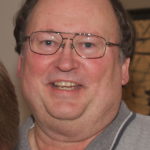 Yorktown, Va. – It is with great sadness that friends of David Arden McCurdy announce the unexpected and sudden passing of “Dave” on February 28, 2019, at the age of 64. Dave was born on June 22, 1954, in Jacksonville, Florida, and was adopted as a newborn by his loving parents, Harry “Mac” and Anna McCurdy who both predeceased Dave. A native of Montgomery, Alabama, Dave attended Auburn University and graduated in 1976 with a B.S. degree in Aerospace Engineering. In 1974, while attending Auburn, Dave began working as a co-op student at the NASA Langley Research Center in Hampton, Virginia. Upon graduation Dave had numerous prestigious job offers to choose from and ultimately chose to continue working at NASA Langley specializing in acoustics research. After a 32-year career, Dave retired in 2007. Dave had many varied interests. He was devoted to the Boy Scouts, enjoyed artwork, and was an avid history buff (specifically the U.S. space program, civil war and World War II). He was also a collector at heart and collected memorabilia related to all his varied interests. Dave was a true friend and as an adult was blessed to be “adopted” by countless friends and families. In fact, the children of some of these families will fondly remember him as “Uncle Dave”. A celebration of Dave’s life will be held at 4:00 p.m. on Saturday, April 27, 2019, at the Amory Funeral Home, 410 Grafton Drive, Yorktown, Virginia, with Rev. David Hampton officiating. Following Dave’s service, friends are invited to gather to meet one another and reminisce about Dave at the County Grill and Smokehouse, 1215A George Washington Memorial Highway, Yorktown. Flowers are being respectfully declined and Dave’s friends request that memorial donations be made either to a charity of your choice in memory of Dave or to a charity that would honor Dave’s interests. Friends are encouraged to visit www.amoryfuneralhome.com to share memories and words of condolence with each other.